I thank with all my heart Allen Myers for taking the time to answer my questions. And I also would like to thank Hélène for the translations. 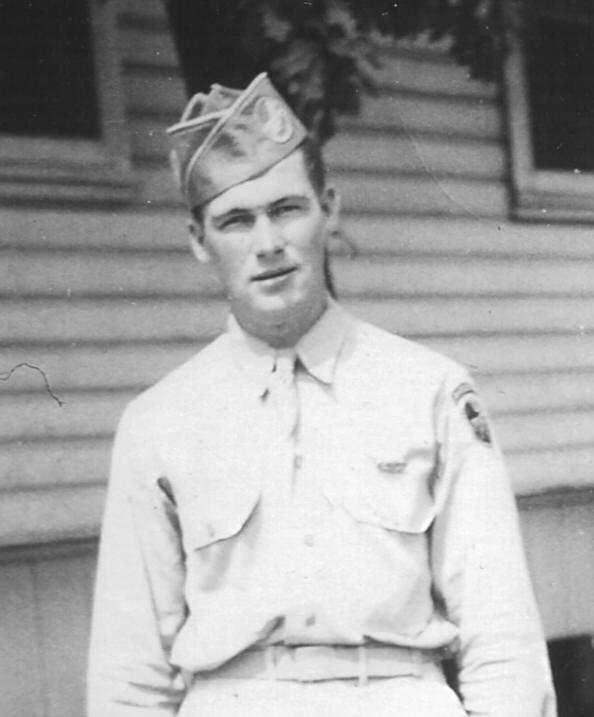 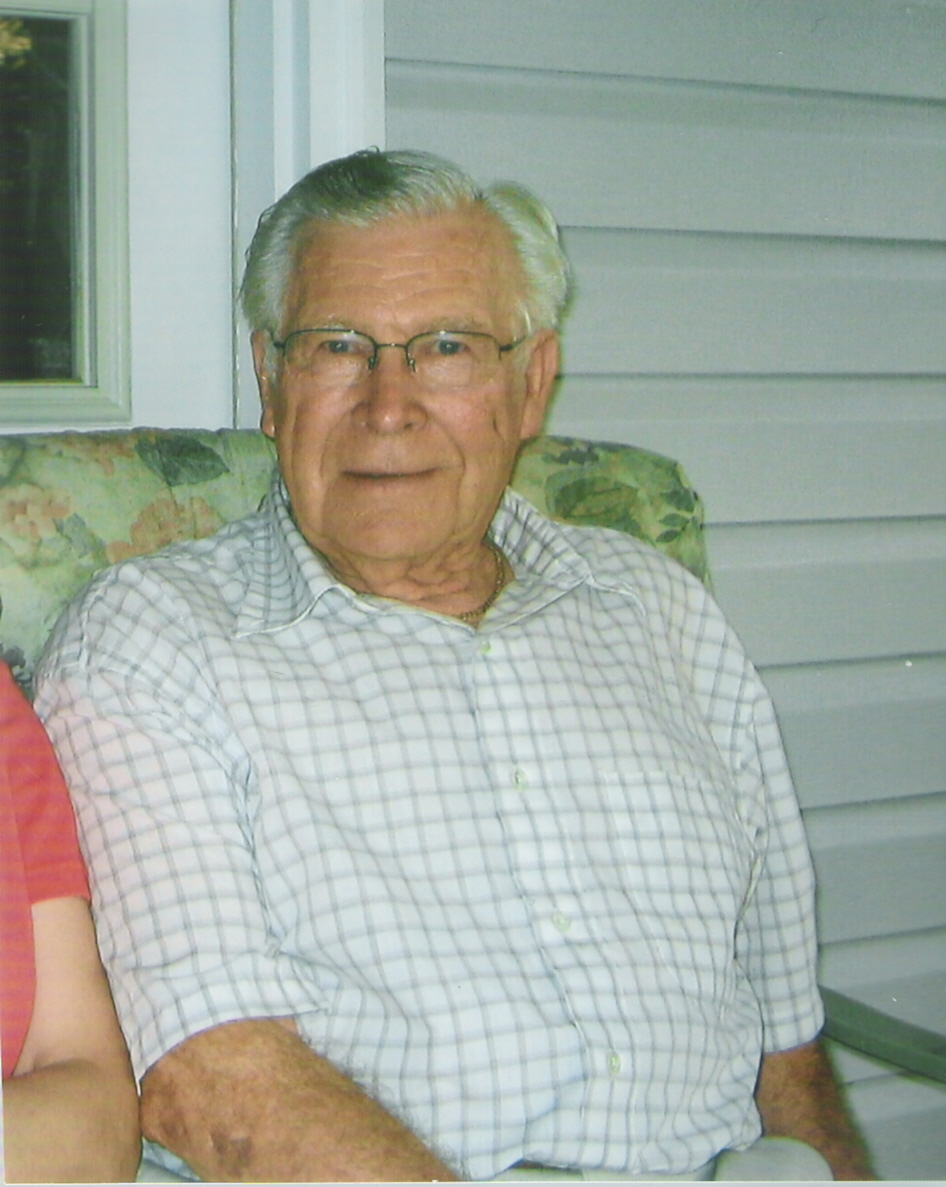 Allen William Myers was born on October 19, 1924 in Antietam Furnace, Maryland at about 120km from Washington DC.  Al was born in a farm belonging to his father. He worked there before working in a military aircraft factory. In 1943, at 18 years old, like most of the young men of his age he was called up for the military service.

“Until this time, I was surrounded by a loving family with four brothers and sisters.  I had a happy childhood with a loving and caring family. I knew I was going to go”

He was integrated into a regiment of Glider, the 193rd GIR of the 17th Airborne. There he got his badge of “Glider”.

“Later I then voluteered for paratroopers because we were paid an extra $50.00 per month for jumping. I was 18 when I first jumped.  I liked jumping.  The gliders were very dangerous.  They were sometimes described as "flying coffins".”

Allen spent all his training period in USA and still within the 193rd GIR, he was a Private First Class.

“I remember my first flight in a glider.  It occurred at Camp Mckall, North Carolina (NC) in 1944.  The glider was towed with a rope and hook attached to a C-47 plane.  When it was released from the plane, the glider desended to the ground gradually, somewhat like a kite.”

Allen arrived in England in August 1944. His boat shored in Liverpool. He trained in a camp nearby Swindon. In December 1944, the Germans had launched their last important offensives. The 17th Airborne was sent to the front, in Belgium. He arrived in Rheims,France. Then he jumped aboard a truck to go back to Belgium. Allen Myers arrived in Belgium on Christmas Day 1944. He took part in the offensive which was later called “Dead' S Man Ridge” or “Purple Heart Ridge”. During this operation, Allen Myers was wounded. The 17th Airborne remained there during two nights on positions with almost 1 metre snow. Allen only thought about one thing:

“How are my parents going to react when they get that letter? ”

Of course, it is mail parents receive when a close relation is killed in action Allen thinks about.

“Of 1/6/45, near the town of Flamierge we countered a German panzer attack.  Gen. Patton had ordered that the 17th Airborne was to seize the town. I remember the beginning of the attack.  We started up the hill at daybreak.

A lot of the guys were getting hit and all of a sudden I looked up and saw a puff of blue smoke.

I part of a group of three with a veteran soldier. I asked him for what it was that this smoke. I had fought never again. He answered me: “My God, that’s an 88, they’re zeroed in. Whatever you do, keep going.”

It was not just some men at the top of a hill, but a whole division of Panzers and two units of SS. The GI'S had to climb this hill.

“We were told that the only thing on top of that hill was an outpost with four or five men.”

The Americans pushed the Germans back, they thought they were safe, but the Germans were brought together to create a counter attack and to attack the the airborne troops sides. While the unit of Allen Myers entered a field defenseless they were took under the crossfire of the enemy machine-gun.

“You could see those tracers coming at you”

Myers did what he had learned, he jumped in a shell hole to get safe. Then, he stood up to run backwards when he was shot twice. One of the bullets hit him at the top of his left arm.

“I was wounded by machine gun fire at about 4 p.m.  I found a shell hole and remained there until dark. The cold weather congealed the blood to the sleeve of my jacket (it froze) or I would have bled to death.”

Allen Myers tried to take a “medicine” to fight any kind of bacterial infection, but the water in his flask was frozen. He remained there on his own laid during 2 hours and a half waiting for the night to fall.

“I was totally alone from the time I was wounded until after dark when I left the shell hole and found other US troops who were a couple hundreds yards from me.  As I waited until dark, I mostly thought about how to survive and how to find medical help. I thought I was going to die. That is really all I thought about, as far as I can remember.”

Once the night fell, Allen Myers stood up and left backwards to join his comrades. Knowing his comrades were in the contiguous wood, he ended up joining the “friendly” lines. He carried only one grenade in case he would meet Germans. He did not want to be a prisoner.

“I saved one hand gernade attached to my harness in case the Germans captured me.

As I walked down the path, a guy said “Halt! Put your hands up. I said I can’t, my arms broke.”

“My family was notified that I was missing in action, and did not know my whereabouts for a month.”

The passwords changed so many times during this period because the Americans knew that Germans disguised in GIs were moving between the lines. Allen Myers could not know the new password. The GI holds up his flashlight on his face. He identified Allen and let him go.  On the way to the help station of Bastogne, Allen Myers was embarked on a Jeep with some other wounded soldiers. The driver stopped frequently to listen to the sounds and if panzers approached them. In Bastogne, in the sorting office, Myers saw the male nurses separating out the casualties who were going to survive from casualties which were about to die. He was evacuated towards a sorting centre in Bastogne, then towards a school before being sent in a hospital in Paris and then by boat towards England for surgery. It is in England that Allen Myers received the Purple Heart.  He remained 6 weeks in England before embarking on the Queen Mary for the USA. During all this time, Allen Myers was considered as “missing in action” because he was not back with the troops when they were withdrown back. His parents got a telegram from the Western Union announcing them their son had disappeared in combat. When he arrived in New York, he learned he had been MIA for 30 days. He sent a telegram at home.

In USA, he spent two months in a hospital. At 20 years old, on August 23, 1945, Allen Myers was demobilised at Camp Pickett, Virginia.

"After I was discharged from the hospital in April 45, the army ordered that I be taught to be a civilian until August 45 when I was discharged from the army.  This means that they tried to help us forget about what we had been through and most of what we had been taught by the army, so that we could resume our old lives.  They offered us schooling to help us find jobs.”

Since this period, Allen Myers still has got some pain in the arm. He cannot raise it up completely above his head.

“I still have pain from this, but consider myself fortunate that my arm was saved.”

Allen W Myers got married and had a girl. He worked in a hospital for American veterans during 32 years. He rejoined the 17th Airborne Association where he speaks about memories with his former comrades. Allen Myers only went back once in England in 1980 but also briefly to France and Belgium.

“I did not visit the battlefield because at that time it brought back too many bad memories that I was trying very hard to forget.  I now wish that I had visited the place that will always remain in my memory forever.”

Allen Myers thinks the Germans had to do what they were told to do.

“Since my grandfather emigrated to the US from Germany at age 16,  I was proud of my German heritage, after the war I felt that  the Germans were told to do the same as I was told to do.

I did not voluntarily join the army.  All men over the age of 18 were inducted into the armed services, if they were physically able, in the US during the war.  In other words we were forced to be in the army.”

Nowadays, Allen W Myers lives in West Virginia. Allen Myers spends his time quietly. He is found of fishing which he practises almost every day. Still a few years ago, Al had also a passion for the restoration of furniture. He also gardens and keeps his house up. Al is also interested in the baseball and football games on TV.

“My wife and I live about 15 miles from my daughter and my only surviving sibling family member, a sister.  So, I see them quite often.  My only grandchild lives about 800 miles from here.  My wife has two sons and four grand daughters, and although they live several hours from here, we do see them several times a year.” 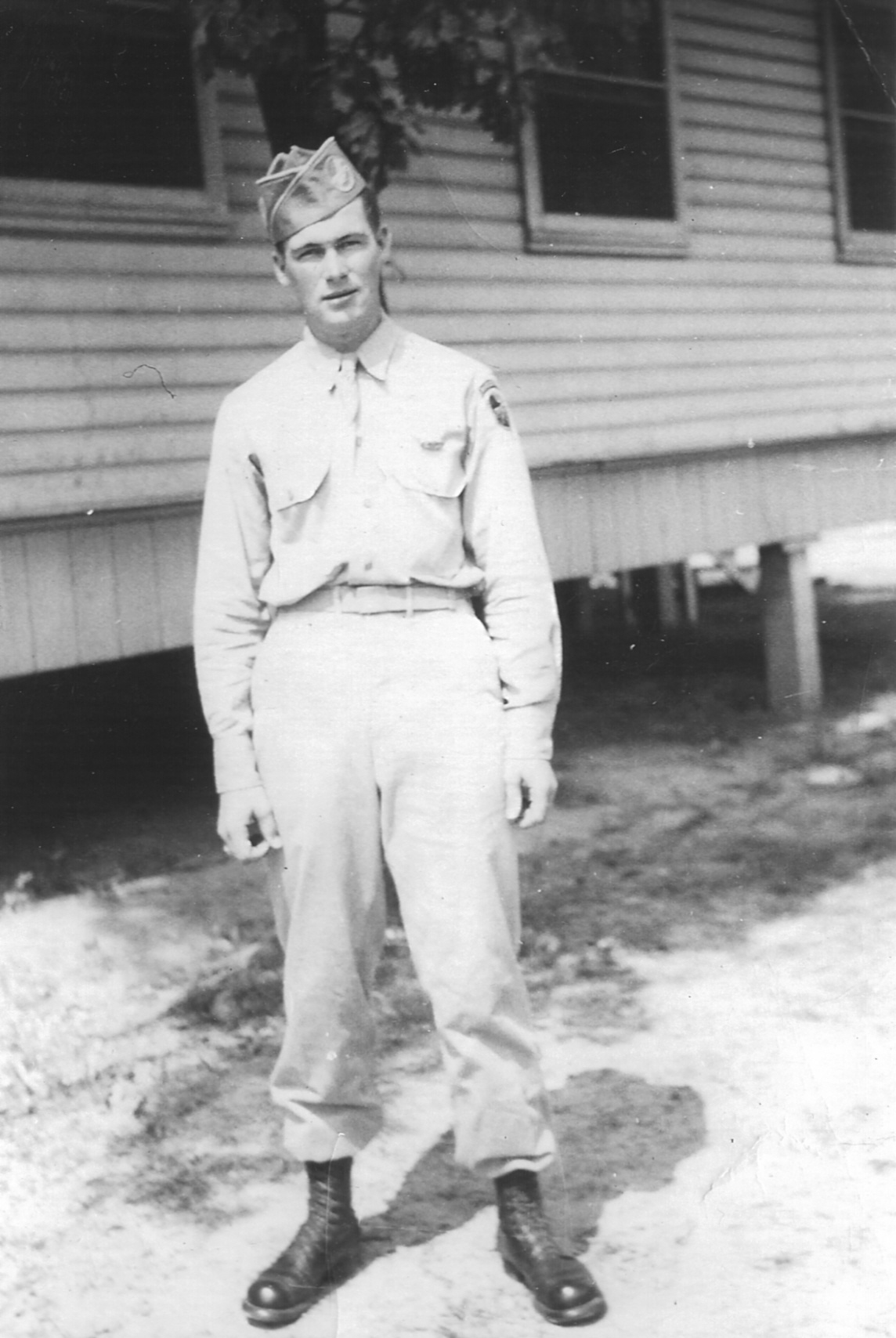